There is a little known but enchanting pathway from the eagle's nest of Ravello that ducks and weaves down crumbling pathways, past ancient stone walls and alongside family gardens and grapevines. It is a pathway from where you have the sapphire Amalfi Coast at your feet and not a single person in your way.

In an increasingly crowded Amalfi Coast you can find hidden gems - see my post here:

On my last visit in October 2017, I found another hidden gem. The path from Ravello to Atrani and Amalfi. Everyone's heard of the Path of the Gods from Bomerano to Nocelle - that trail that takes you literally above the clouds - but this one takes you on a 'staircase of the Gods'.

I started in Ravello by taking the bus from Amalfi. It's easy - just wait at the far side of the Amalfi bus terminus and look out for the locals - loaded with shopping bags - and follow them because when the bus to Ravello pulls up it's a mad dash for a seat - with the locals winning. The bus takes you up a winding road and Ravello is suddenly there - off the bus and through a tunnel - Villa Rufalo on one side and the bewitching piazza just to your right.

I had been to Ravello before but this time it was about finding THAT path - and Villa Rufalo led me there. These photos are the views from this villa. I'd been there before and it was just as enchanting as the first time - however I was on a mission. I had a feeling the path to Atrani was somewhere nearby. 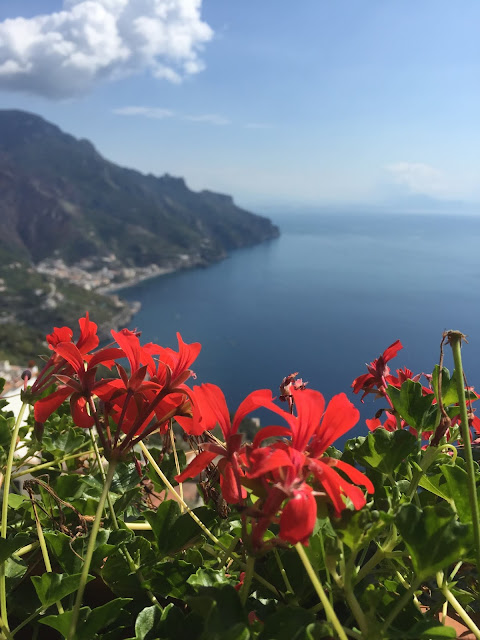 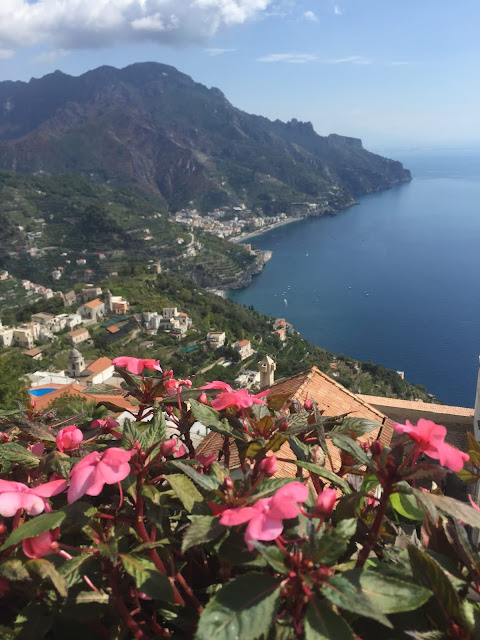 Long story short - the pathway is secluded and truly a hidden gem. To find the path in Ravello, you need to walk past Villa Rufalo, take a left down the pretty pedestrian path lined with ceramic shops and upscale boutiques - and when you come to a fork in the path - take the fork to the left and head downhill - to this.... 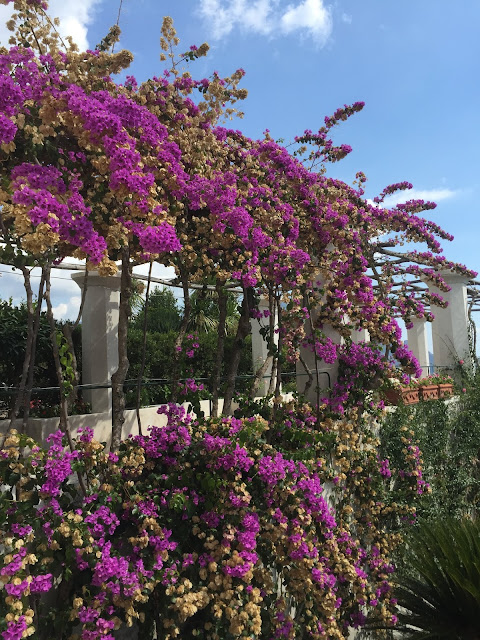 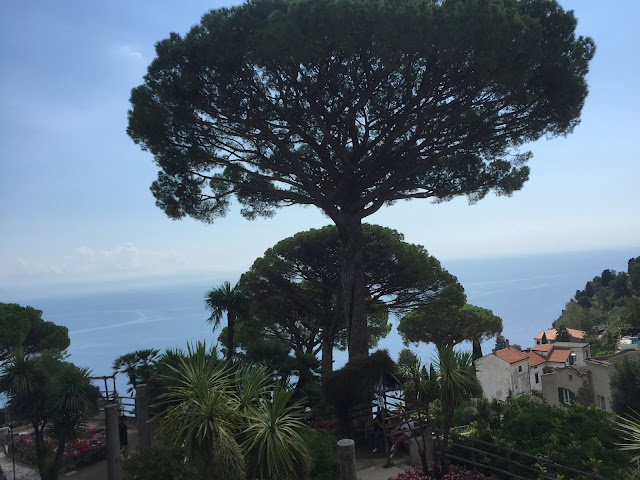 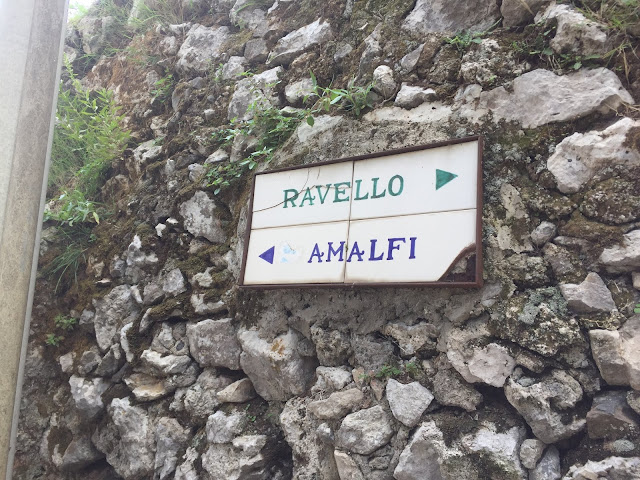 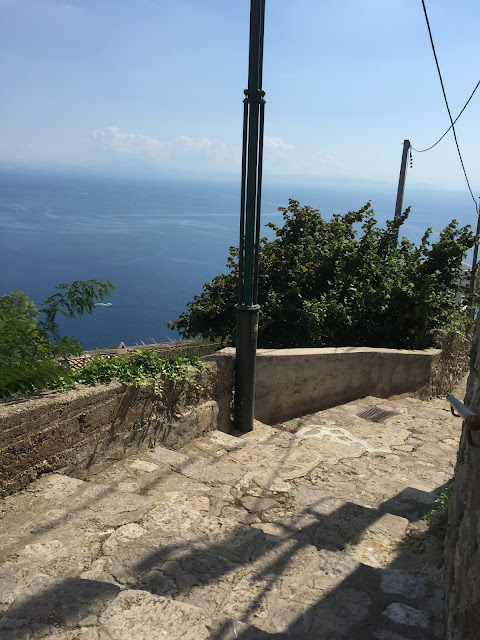 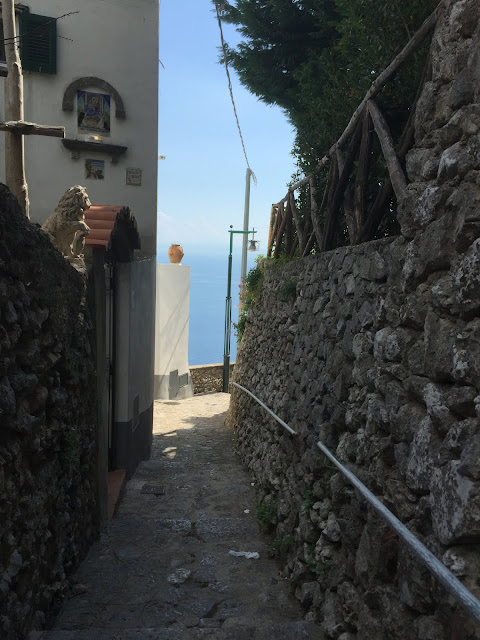 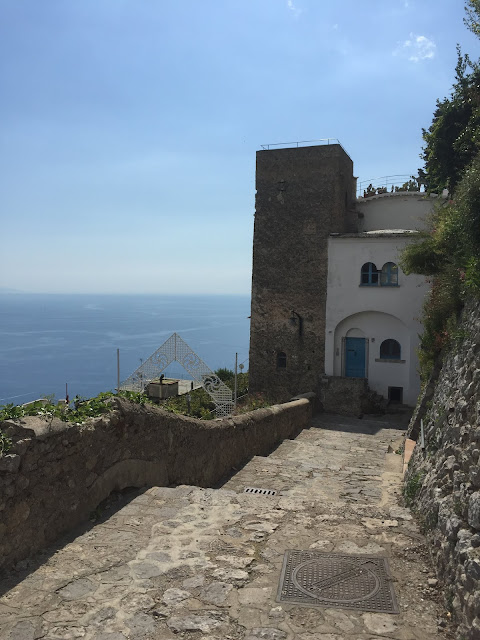 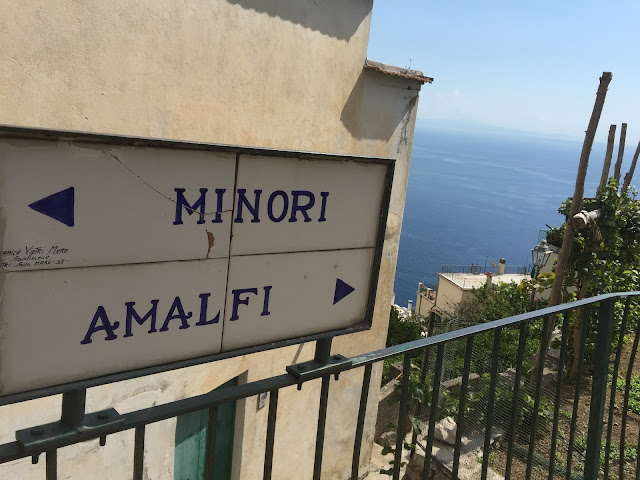 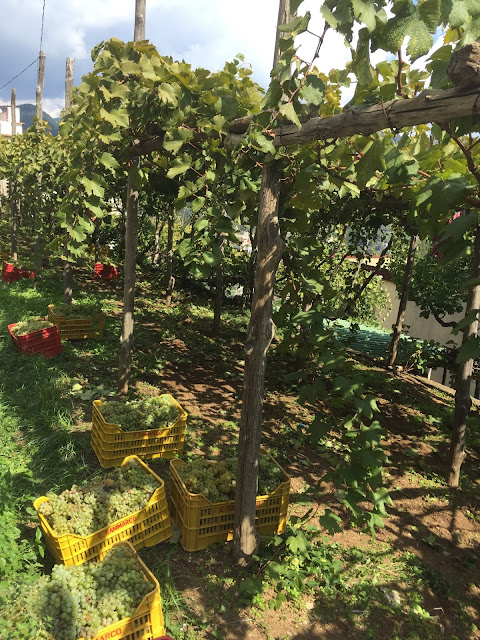 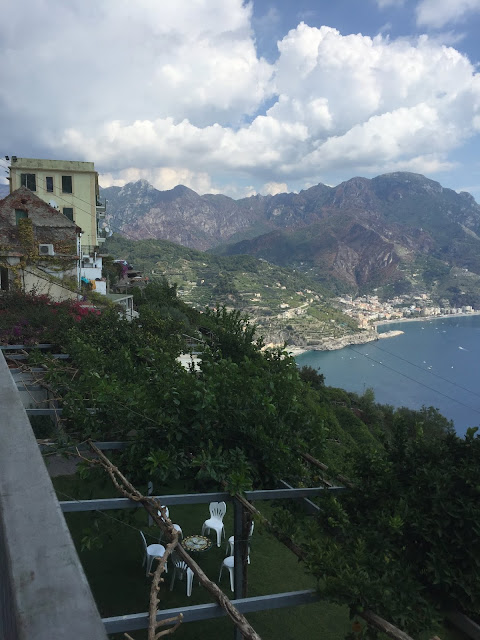 ABOVE: These are the gardens of Mama Agata's Cooking School. I wanted to do a class here but missed out as they were full. An unmissable experience, so I've heard.
http://www.mammaagata.com/ 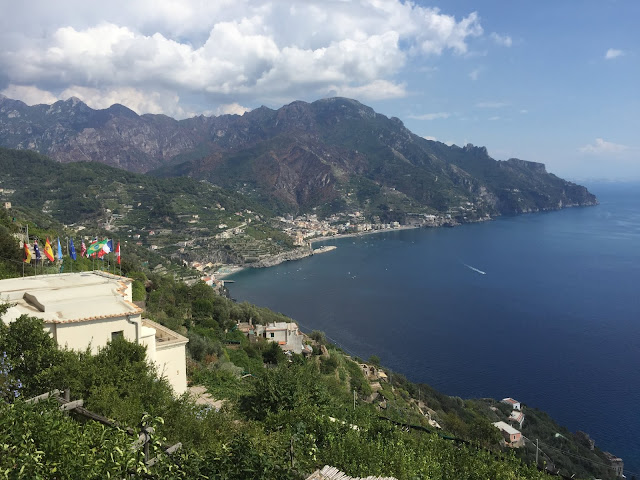 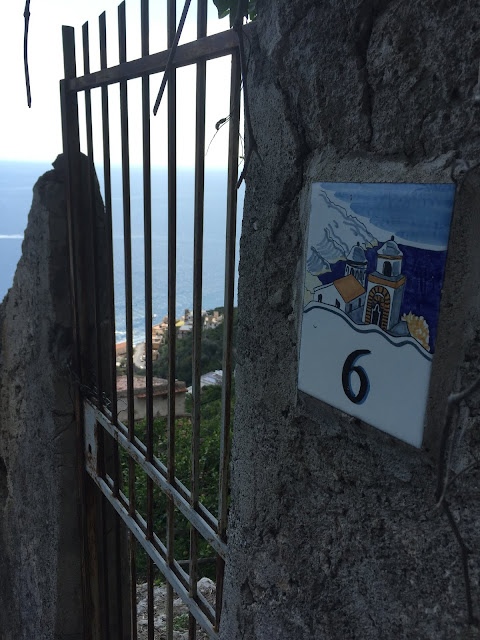 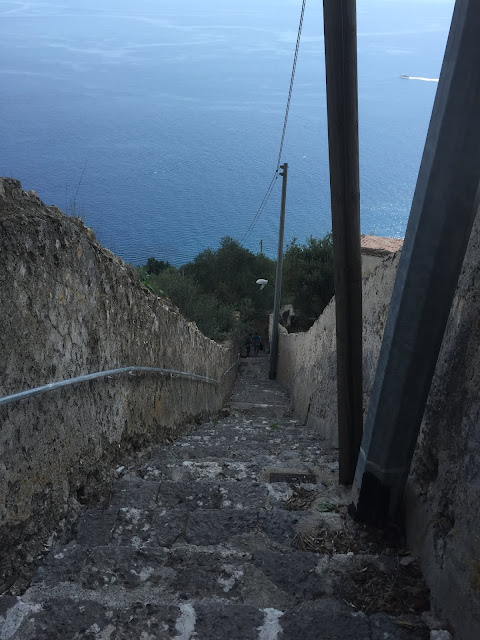 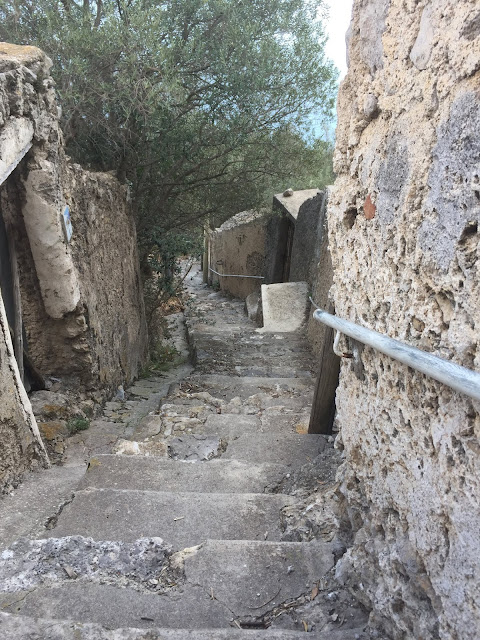 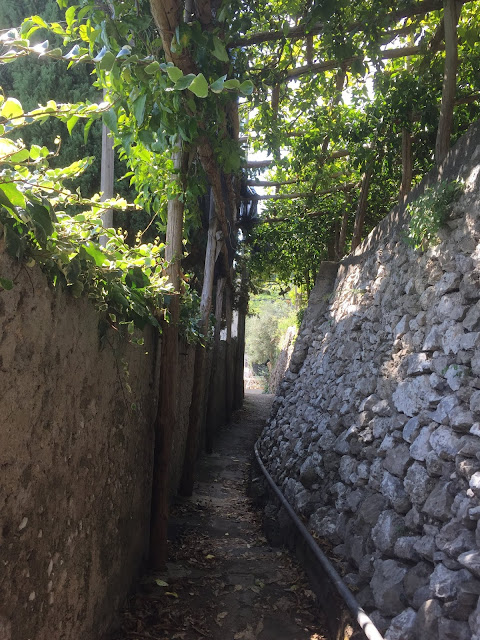 No one around - all to yourself. And then you pop up in little Atrani - a truly hidden gem right beside bustling Amalfi - but who would know there are thousands of tourists right next door? 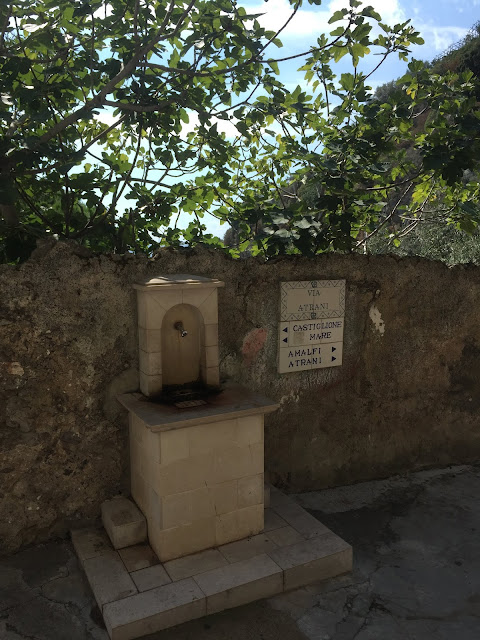 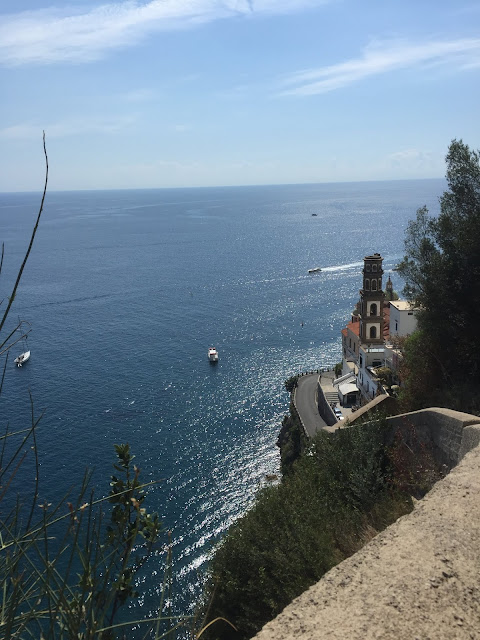 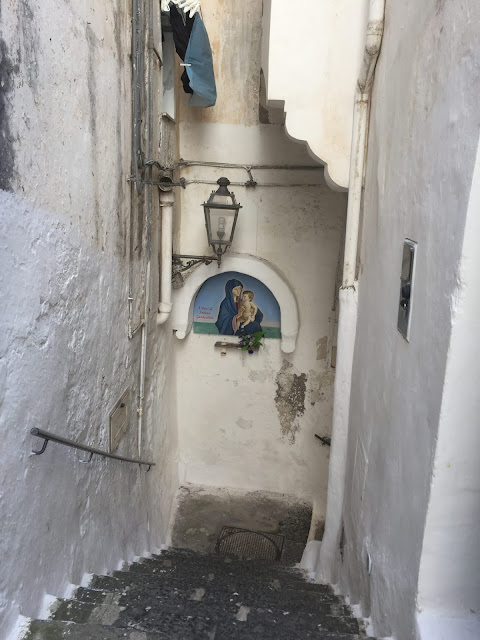 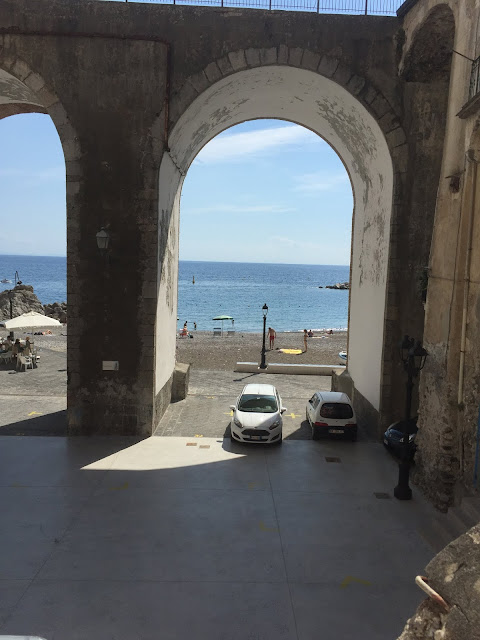 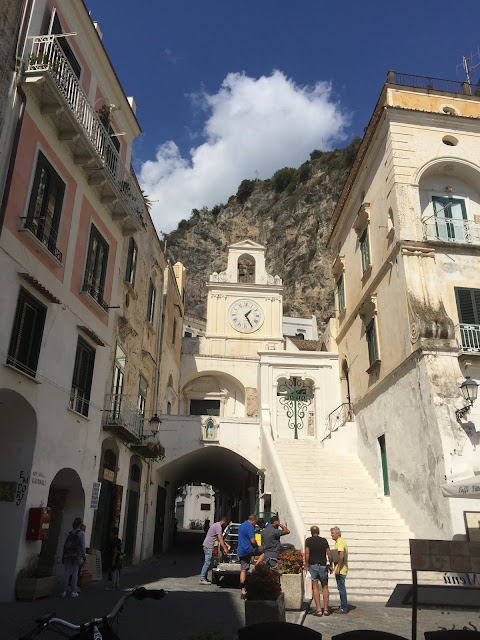 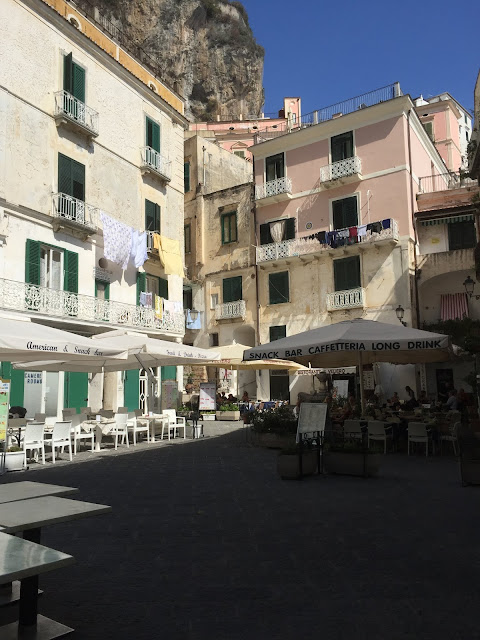 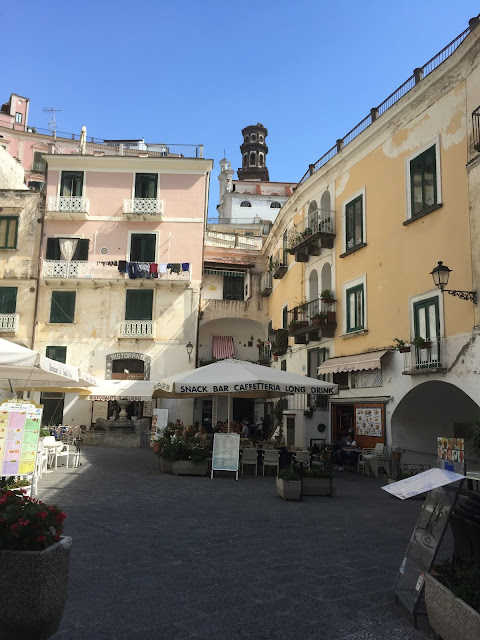 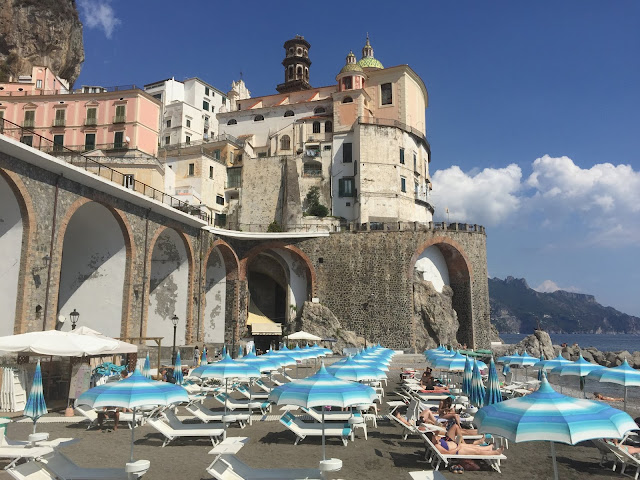 This is Atrani (above 6 photos)  - in late September 2017 - no one there - all to yourself - now go get a spritz/beer - after all those stairs you deserve it. 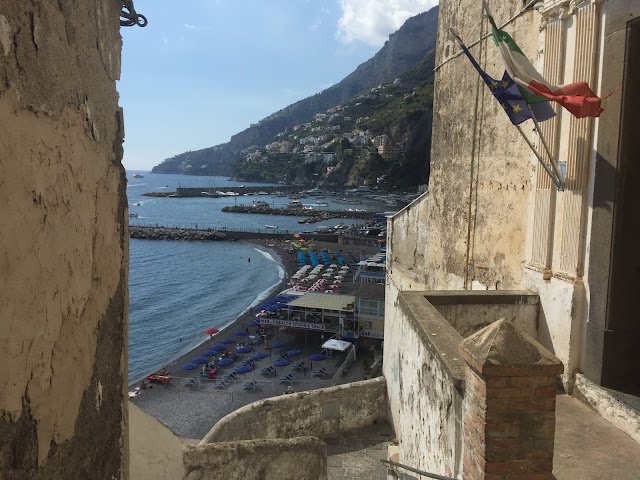 View of Amalfi from the tiny pedestrian walkway that joins both villages. 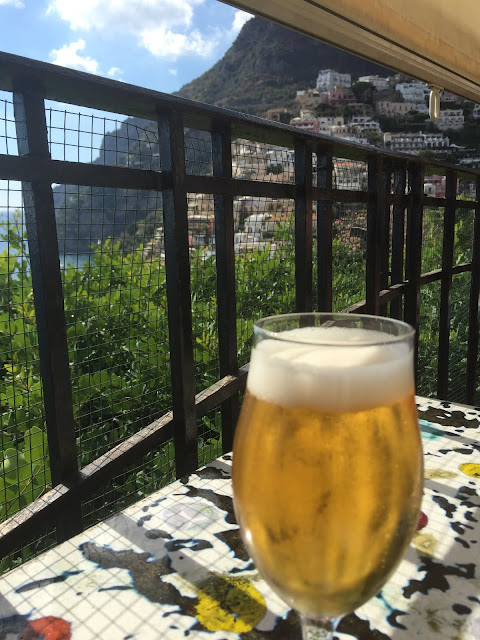 Back in Positano, beer at Bar Bruno and time to rest those weary legs.

DETAILS:
I took the SITA bus from Positano to Amalfi and then changed buses from Amalfi to Ravello.
I returned to Positano using the Coast to Coast red coach. It was 10 euro but worth it for the seat and the air conditioning.
A gorgeous and truly rewarding day - with no one around - another Amalfi Coast hidden gem. 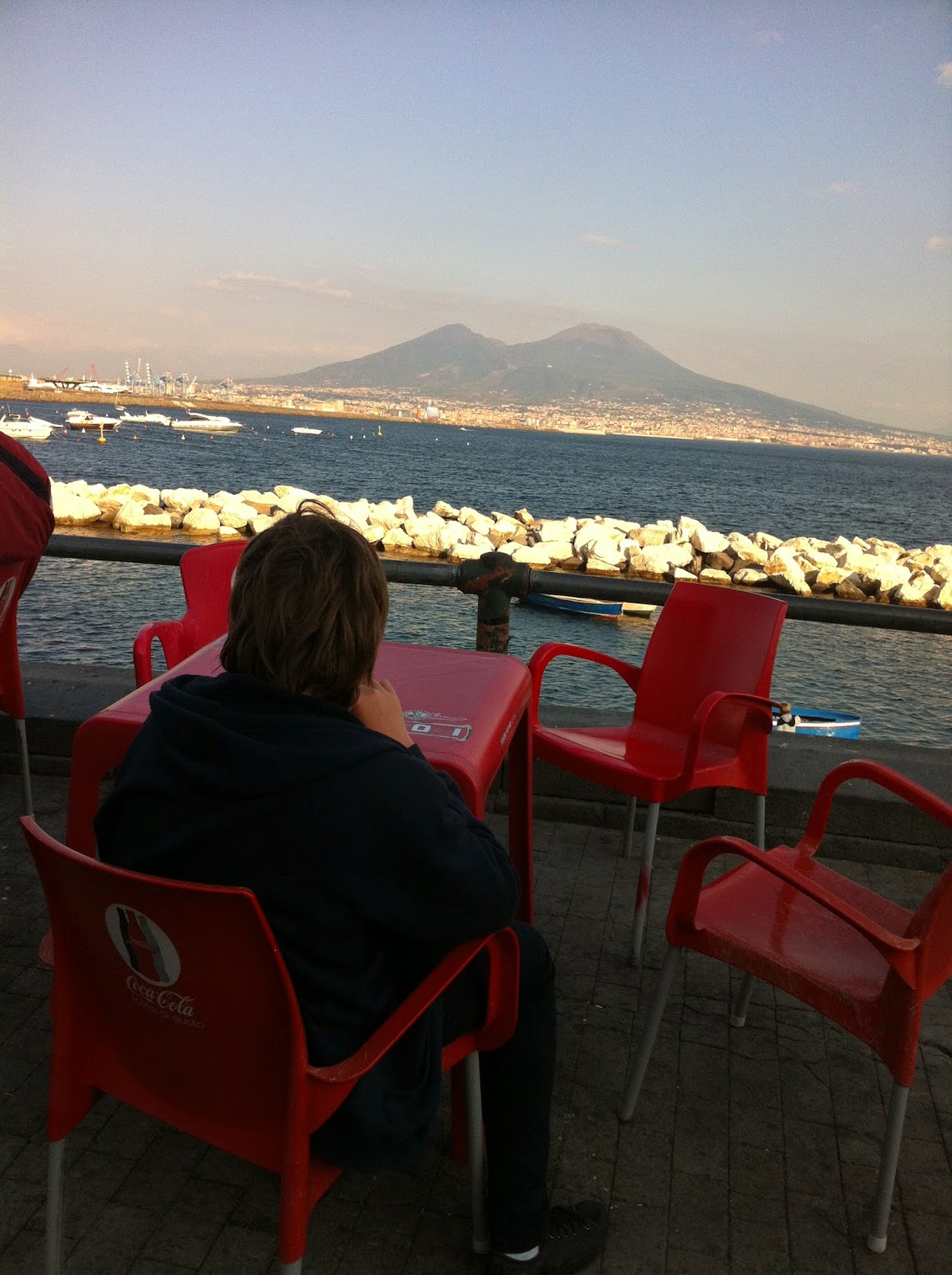 The Amalfi Coast and its hidden gems